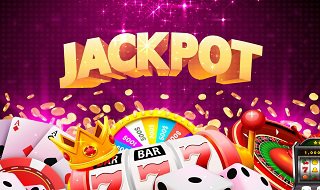 It's the dream of any gambler to hit the jackpot and win a life-changing amount of money. It's no exaggeration to say that after a big win, things could never be the same again. If you play the right games, you could potentially win millions of dollars at a time.

Here are some of the biggest casino jackpot wins that have ever been recorded in gambling history. Keep on hitting the slots and the tables, and maybe one day, your story will be on this list.

For most players, we can only dream of winning the jackpot once, but one lucky WWII veteran was lucky enough to get two massive casino jackpot wins! Elmer Sherwin managed to earn a $4.6 million Megabucks Jackpot.

What makes it even more impressive is that he achieved this within the first ten hours of The Mirage casino being open to the public! Some people quit while they're ahead, but not this man.

Elmer used his winnings to travel the world and he also used it to keep on playing. 16 years later, he won $21 million on the same jackpot as the previous one. Admirably, he gave a lot of his prize away to charity.

One of the Biggest Wins

One of the biggest casino jackpot wins ever was won by a 25-year-old woman in Las Vegas. The most remarkable thing about her $39 million jackpot is that it was all based on a spur of the moment decision.

The woman wasn't a professional gambler; she was simply in Vegas to watch a basketball game. She stepped into a casino to pass the time, and then the rest was history! 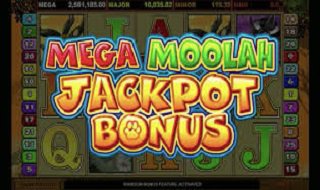 Vegas isn't the only place you can make it big! If you want a chance at huge casino jackpot wins, you can always check out the progressive jackpot slots games.

So what exactly is a progressive jackpot? Basically, in these kinds of games, every single player is contributing to the total jackpot amount. This means that you can win a huge amount of cash if you're lucky enough to win.

British Army Lance Corporal John Heywood managed to win an astonishing $20 million playing the game. The odds of hitting such a jackpot are incredibly low, but someone out there will end up winning it.

If you feel like trying your luck, then check out Mega Moolah today.

Try and Win a Jackpot Yourself

As you can see, anyone has a chance to win big; you don't have to be a professional gambler to win an amazing amount of cash. Whether you're playing in a land-based casino or online, there's always a chance that you might become one of the next big winners.